DC United striker Taxi Fountas has taken to Instagram after MLS terminated its investigation into his alleged use of the N-word.

The organization said it could not prove Fountas used the word, but said the claim was credible.

Writing on social media on Tuesday, Fountas said: “I am pleased to report (sic) that MLS’s investigation into the racism charge is complete and closed.

“No evidence of racist behavior on my part. I always respect culture, religion and every human being.

“Now I can concentrate again for football, my club DC United and the Greek national team.”

Fountas was accused of calling Miami’s Damian Lowe the N-word following an altercation at a game in September.

MLS had concluded that the allegation that DC United player Taxi Fountas (No. 11) used racist language towards an Inter Miami player was “credible”, but could not prove it. 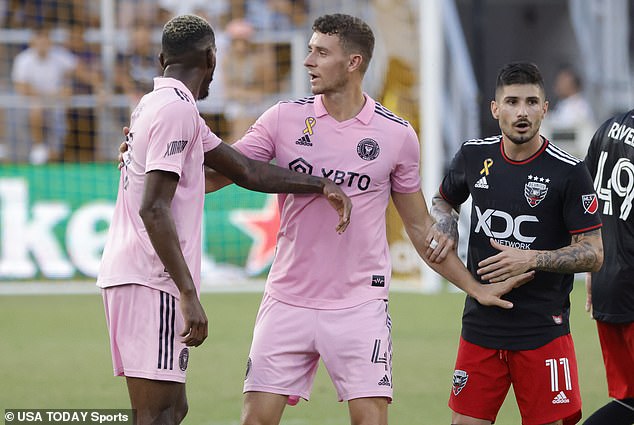 The nasty altercation between the pair came in the 62nd minute of the MLS game on September 18, with the pair pushing and shoving each other after Jamaica international Lowe was unhappy with the Greek’s challenge.

The league announced Monday that it has concluded its investigation and found the allegation, made by Miami defender Aime Mabika, to be credible.

MLS also said that while it could not independently verify the allegation, it did not find credible Fountas’ claim that he said nothing at the time.

The league confirmed that footage of the incident clearly shows Mabika suddenly reacting to something he thought he heard from Fountas after his fight with Lowe, who is black. Lowe and Fountas received yellow cards.

MLS was unable to independently confirm, through additional eyewitness accounts, video footage or audio recordings, what Fountas said at the time, as has been the practice of the league’s long standing in determining player discipline for these types of allegations.

MLS plans to review its policies and practices with respect to allegations of abusive and discriminatory language and is committed to working with all stakeholders during this offseason.

Lowe yelled at Fountas after the alleged insult was used, and referee Ismail Elfath then stopped play to speak to the two captains.

It then took an even more sinister turn in the next four minutes as former Manchester United team-mates Wayne Rooney and Phil Neville gathered on the sidelines to speak with the official.

Neville then summoned his Inter Miami players to discuss whether to continue playing as both players were subsequently booked.

Tensions remained high between the two and they had to be separated for a second time, and after a five-minute stoppage, play was finally resumed. 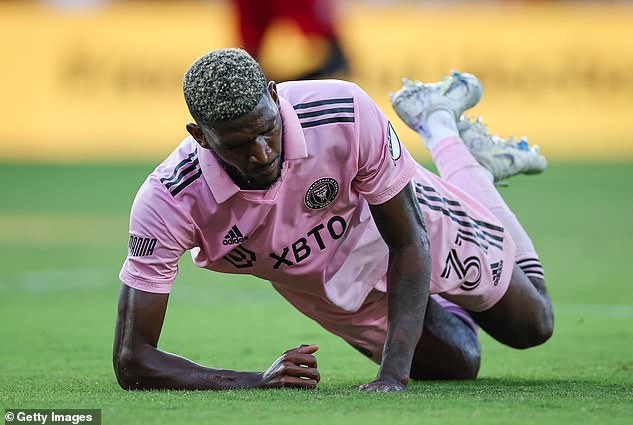 DC United boss Rooney then decided to take Fountas – who minutes earlier had made it 2-2 – the next time the ball went out of play, with the 27-year-old replaced by Miguel Berry.

Rooney has been praised by the Inter Miami boss for his actions, with the latter saying he had “earned more respect” for him “than for any goal he had scored in the past”.

During the investigation, Fountas voluntarily remained apart from DC United and sat out two MLS games on October 1 and 9, but is eligible to play for DC United in the 2023 season. 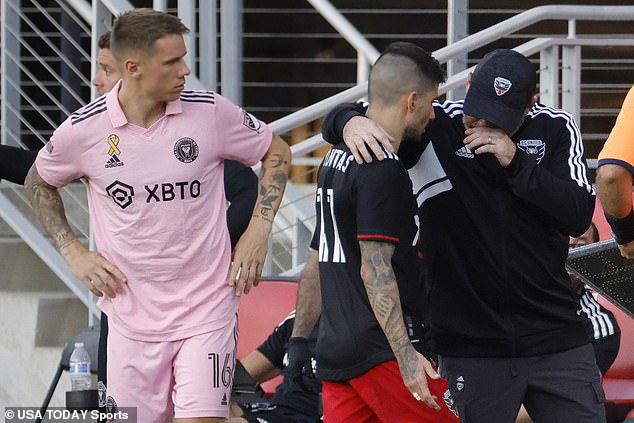 DC United boss Rooney then decided to remove Fountas the next time the ball was out of play. 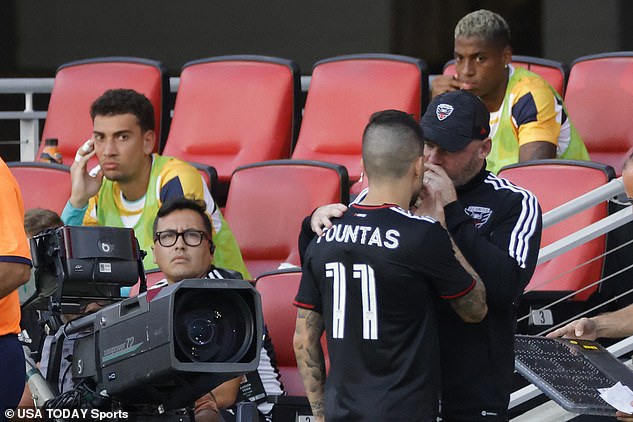 MLS has fined or suspended players and coaches in the past for abusive language.

In 1998, New England player Edwin Gorter was fined $20,000 and suspended two games for racial slurs during a fight with a teammate.

Additionally, in 2006, DC coach Peter Nowak was fined for a racist comment; and in 2013, San Jose’s Alan Gordon was suspended three games for homophobic slur.

Fountas had denied racially abusing Lowe on Instagram after the incident.

Fountas wrote in a statement in September: ‘I did not use the word I am accused of using. This despicable racial slur is the one I denounce and did not use.

“We had a heated discussion on the pitch, but I didn’t racially abuse anyone. I firmly reject racism in all its forms. It is despicable. 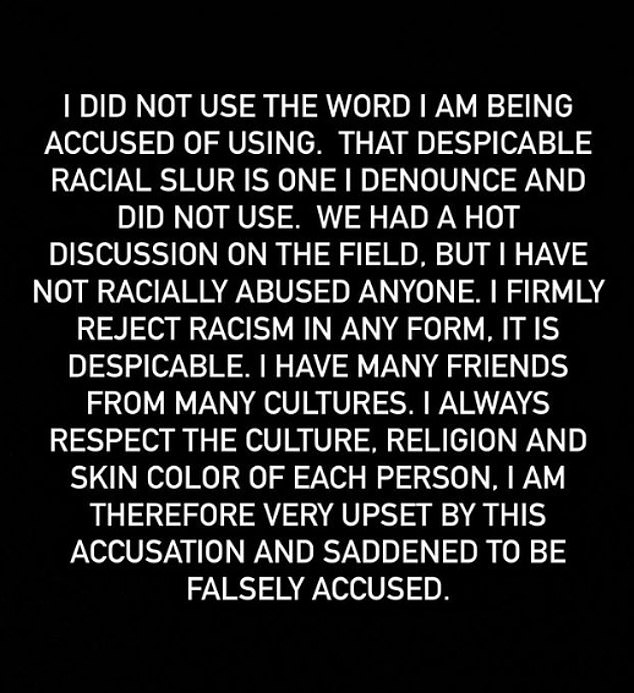 “I have many friends from different cultures. I always respect each person’s culture, religion and skin color.

“I am therefore very upset by this accusation and saddened to be falsely accused.”

Following the league’s findings, DC United issued a statement indicating that the team had fully supported and participated in the investigation.

It read: “The club appreciates and accepts the findings of the league’s investigation, as well as the conclusion that the act in question could not be confirmed following several interviews which took place with people involved and close to the incident, including those closest to the situation, as well as an in-depth review of audio and video from multiple broadcast angles.

“Furthermore, the club would like to acknowledge the cooperation of Taxi Fountas throughout the investigation.

“DC United are committed to continuing to do the work necessary to uphold one of our club’s core values ​​that racism has no place in our sport and we must be proactive in our efforts to create a place where everyone feels welcome and respected.”