The feeling of living between two worlds is something Anuscheh Amir-Khalili knows only too well. When she thinks back to her childhood, she thinks of her grandmothers’ gardens, of the branches laden with pistachios, oranges and apples. One grandmother lived in Germany, which Anuscheh and her siblings often visited, the other in Iran.

As a child, Anuscheh grew up in the Persian Gulf, where his parents had built a life. Born in 1977, her early childhood was filled with family gatherings and parties.

In the late 1970s and early 1980s, however, came the Iranian Revolution – a series of nationwide protests and strikes that eventually brought about a new form of authoritarianism in Iran – followed by the Iraq’s invasion of Iran in 1980. Anuscheh’s parents had always been politically active, as even before the Revolution there were significant financial inequalities in the country.

In the midst of violence and political persecution, Anuscheh’s family decided to move to Germany, his mother’s country of origin. When Anuscheh was only eight years old, her family fled with two suitcases and for several years she, her mother and her siblings shared a room.

Fast forward to 2010, and Anuscheh’s personal experiences led her to travel to the Greek island of Lesbos for several months to help out at a shelter for underage refugees. Because the need was so great, she then launched several projects between Lesvos and Berlin, with the aim of giving unaccompanied minor refugees a chance for a better future once they arrived in Germany. Along with others involved, she assumed guardianship and saw many parallels with her own life.

“I took over the guardianship of a boy from Afghanistan for four years who had come to Germany as a half-orphan until his mother was also murdered by the Taliban,” Anuscheh told Global Citizen. “Although I didn’t lose my parents, I was able to understand his situation very well.”

Through Flamingo eV, women who have lived through war and violence can find a safe space, tell their stories and share their experiences, and get support at the same time. Especially for those fleeing alone or with their children, traveling alone is incredibly dangerous. A shocking 99% of women supported by Flamingo eV have experienced sexual violence while on the run, also facing blackmail from traffickers.

Sometimes, according to Anuscheh, refugees can be released at a gas station and think they are in Sweden or England, for example, where relatives would have been waiting for them. Instead, however, they arrived in a completely different country, where they then have to apply for asylum.

They are then taken to large communal shelters, in a place whose language or culture they know neither, and are left to fend for themselves. In most cases, this situation lasts for several years. Children often grow up in shelters and many women, traumatized by flight and crises in their country of origin, do not have access to any form of therapy or psychological care, which has a significant impact on the health of children.

Flamingo eV offers women a place for dialogue and sharing, and constantly develops new projects that transcend the boundaries of religion and country of origin. This is also how Band of Sisters was born – part of Flamingo eV, Band of Sisters is a social start-up founded by Anuscheh that aims to empower refugee women.

The heart of the project is the northern Syrian women’s village, Jinwar, built by the local women themselves. In the center there is a garden, in which they can grow food to support themselves, and all around there are services and programs to support women’s empowerment: educational opportunities, information medical, counselling, self-defense classes, female anatomy classes, herbalism; there is a health center, and much more. Inspired by this idea, another medicinal herb garden was created in Neukölln, one of Berlin’s 12 districts.

“In the medicinal herb garden, time stands still. No one is judged, prejudices are shattered and the focus is on healing from what has happened,” says Anuscheh. “Women have a place to go and that’s a first step, because often they stay in their shelters because they don’t know where they are welcome. They come back and ask about the many services available.

All of this has been built together through the community – and this is Anuscheh’s greatest treasure.

Another difficulty for refugee women is to break free from financial dependencies and be able to lead an independent life. Too often, women, and particularly refugee or otherwise marginalized women, are disproportionately burdened with unpaid care work and financial exploitation. In the garden, however, they can just be and interact with others.

“If they wish, they can help in the garden, make their own soaps, medicinal herbal teas and balms; share the knowledge they have acquired by working with nature and gardening. In addition, the activity from Band of Sisters is discussed here to generate revenue in the future,” says Anuscheh. 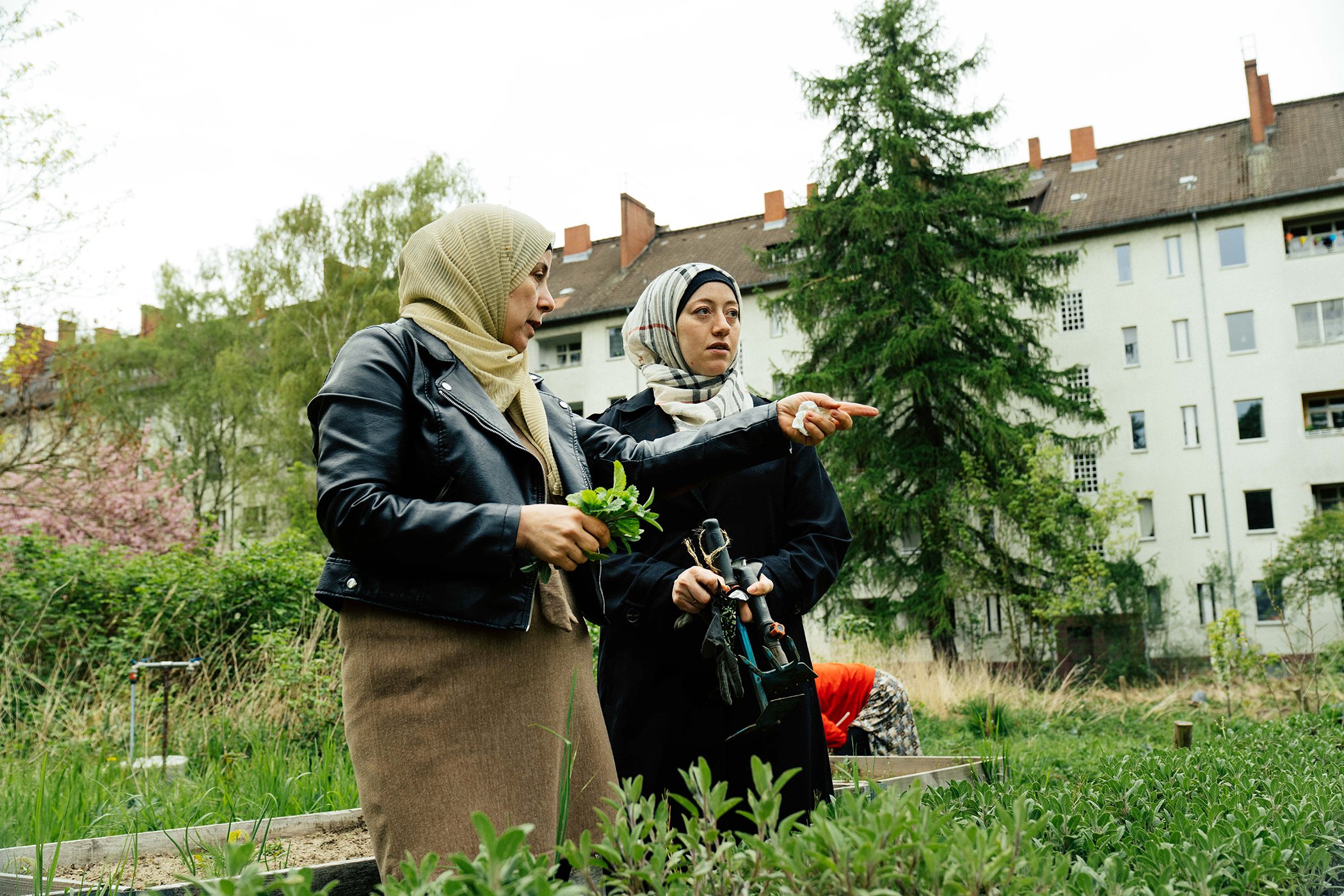 In the medicinal herb garden, prejudices are broken down and women can focus on healing.
Image: Konrad Weinz for Global Citizen

In addition to medicinal herbalism, empowerment workshops are held and a self-organized counseling team on women’s rights with language mediation and child care work alongside successfully. In this way, women are supported in their empowerment. Because this is Flamingo’s mission: instead of seeing the women it works with as victims, the association accompanies them in their quest for healing and in their development towards a more active and self-determined role.

Anuscheh knows the impact wars can have on a person’s health. Both of her grandmothers witnessed wars and found healing through interaction with nature. Inspired by this, she wants to share her experiences and knowledge with others.

She says: “The inspiration of these two women [my grandmothers]that’s what made me say that I wanted to use this strength and pass it on to others.”

In recognition of her years of work with Flamingo eV to support and empower refugee women, Anuscheh has been named the winner of this year’s Global Citizen Award: Citizen Award Germany. 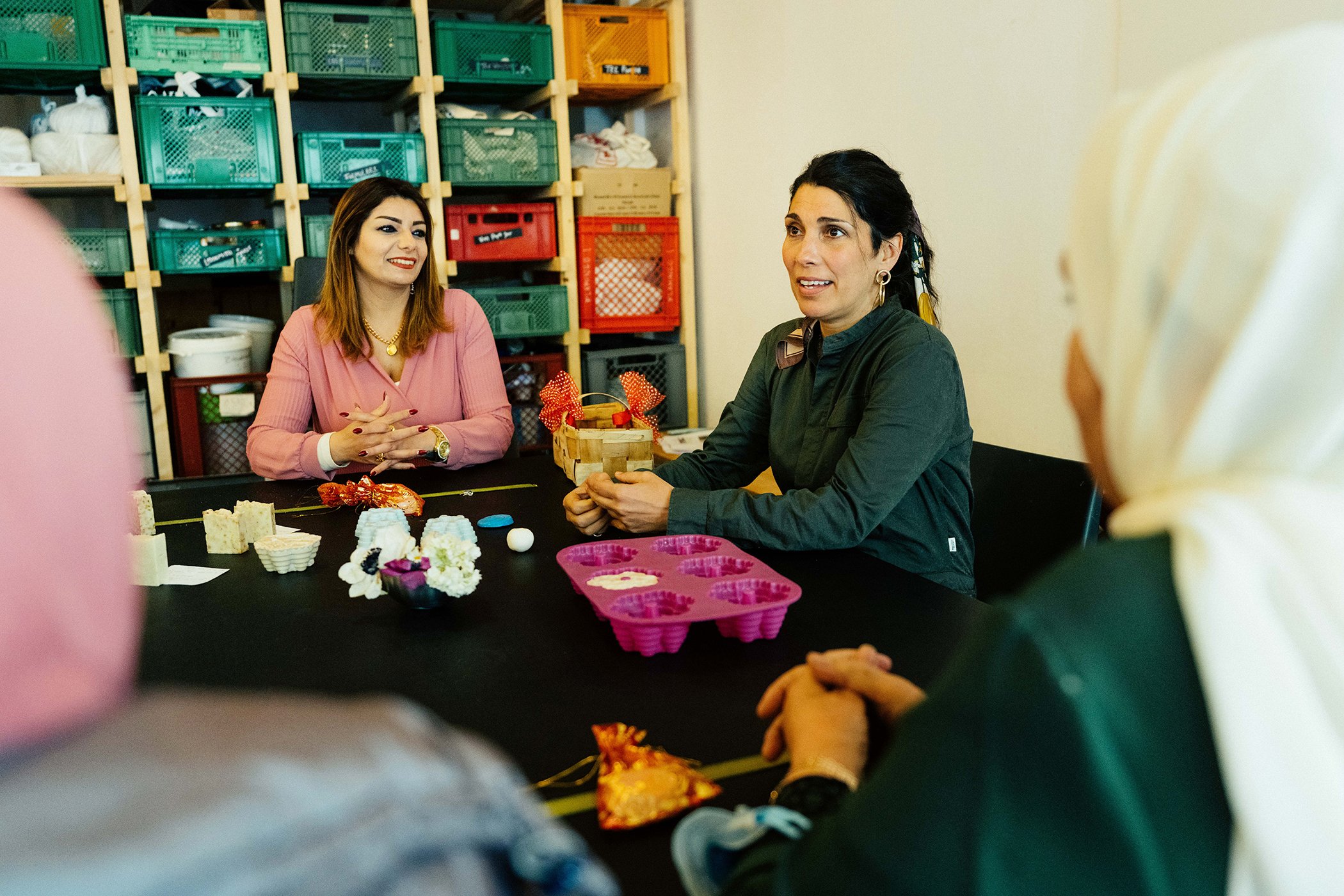 With this award, which includes a donation to Flamingo eV, Anuscheh hopes that women’s projects like Band of Sisters will become even better known and more visible.

“Change is already happening in small ways, in how people treat each other,” she says. “The more people become aware of the opportunities they have to change the world, even in small ways, the bigger it ends up being for everyone.”

The event will reward the extraordinary work of the winners, with an exclusive stream of the Global Citizen Prize event airing on YouTube and Twitter on June 2 at 12 p.m. ET.

You can join Anuscheh to help empower women and girls and demand equity by taking action here.