The complete list of 125,284 names of Japanese Americans imprisoned during World War II was printed in the Ireichō (“The Book of Names”), now on display at the National Japanese American Museum in Los Angeles. (Photo: Kristen Murakoshi.)

On September 12, a group of Buddhist, Christian, and Shinto clergy solemnly marched through downtown Los Angeles toward the Japanese American National Museum (JANM), carrying a book. On its pages were printed the names of 125,284 Japanese Americans forcibly imprisoned in camps during World War II. This is the first complete list of everyone who has been incarcerated. 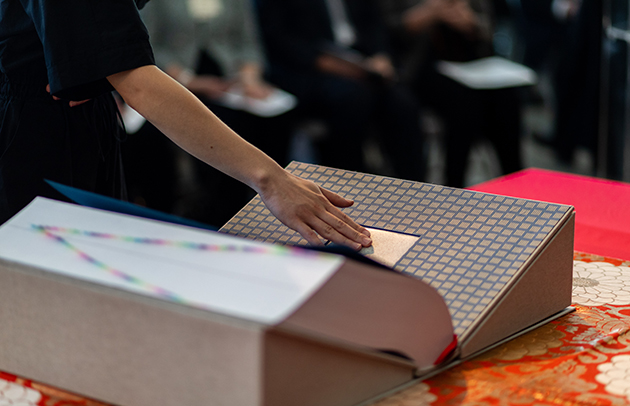 Camp survivors and their family members attended a recent ceremony at the Japanese American National Museum where they were able to view the list and pay their respects to those interned. (Photo: Kristen Murakoshi.)

In 1942, President Franklin D. Roosevelt and his administration, fearing that people of Japanese descent would remain loyal to their ancestral homes in the United States during the war, issued Executive Order 9066. The order sent Americans to of Japanese descent from their homes to remote camps across the United States Some 1,600 prisoners died while incarcerated and many lost property and businesses they were forced to abandon.

In 1988, formal apologies and reparations were issued to victims under former President Ronald Reagan, but a truly comprehensive list of everyone imprisoned remained elusive. Names were missing or misspelled, and lists often did not include those born in the camps or who died en route. This meant that the total number of those who had been placed in the camps was still unknown.

This first full count of those imprisoned is now complete thanks to the work of Duncan Williams, professor of religion, American studies and ethnicity, and East Asian languages ​​and cultures and director of the USC Shinso Ito Center for Japanese. Religions and Culture at USC Dornsife College. of Letters, Arts and Sciences.

This is part of Williams and the center’s ongoing efforts to commemorate the victims of this policy, a project called Irei: National Monument for the WWII Japanese American Incarceration, which will include an online website and a series of monuments at former sites. of field.

The Book of Names 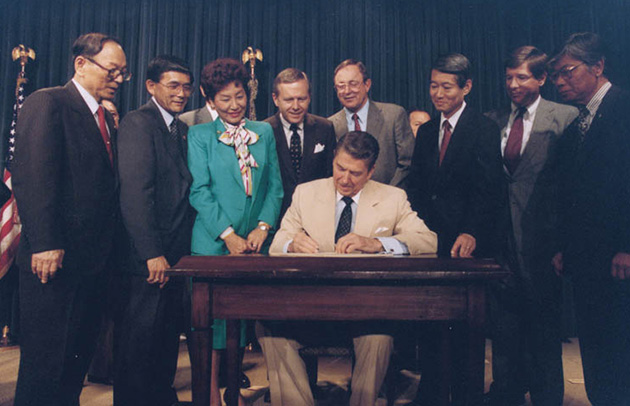 The Reagan administration’s Civil Liberties Act of 1988 issued an apology to those interned as well as a check for $20,000 to approximately 80,000 victims. Yet even this did not produce an accurate account of all who had been imprisoned. “I interviewed staff in that office and they were like, ‘Well, you know, back then we didn’t have Excel,'” Williams says.

He spent several years collecting names from camp lists and other primary source documents, writing a list that not only spelled each name correctly, but also produced the total number of people sentenced to the camps.

The names were printed in a book titled Ireichō, or “The Book of Names”, a choice inspired by the Japanese tradition of Kakochō, or “The Book of the Past”. A kakocho lists those who have died and is placed on altars and taken out at memorial services for the names to be read.

Ireichō will remain at JANM for one year. Relatives of victims may stop to place a Japanese hanko, or seal, in their family member’s name, as a way of acknowledging their memory. They can also request changes or additions to the list. Once all changes have been entered at the end of their residency, the list will be considered complete.

The center recently received a $3.4 million grant from the Mellon Foundation for its memorial project, as part of the foundation’s efforts to support work that reconsiders the future of memorials.

The next stage of the Irei project will be an online archive, accessible to the public. The interactive and searchable database of names will add personal information about each individual. This will provide both sentimental value to family members of victims and powerful genealogical and historical data to researchers.

Beginning in 2024, Williams and the center will begin installing light sculptures at eight former camps, including Manzanar in California’s Owens Valley, where many Japanese Americans were forced from their southern communities. California were imprisoned.

One monument will also be part of a traveling exhibit and one will become a permanent exhibit at JANM.

“We traditionally think of a monument as an installation like the Vietnam War Memorial, but that list of names is double or more. If you were trying to carve it out of granite, you would need a very large space,” Williams says. Instead, an artistic light show will show all 125,000 names through a scrolling display.

The design of the monument is inspired by the Ireitō, or “Soul Consoling Tower”, a structure built in 1943 by Japanese Americans imprisoned at Manzanar in memory of those who had died in the camp. It still stands today in the desert shrub, soon joined by this new memorial to all who endured the camps. 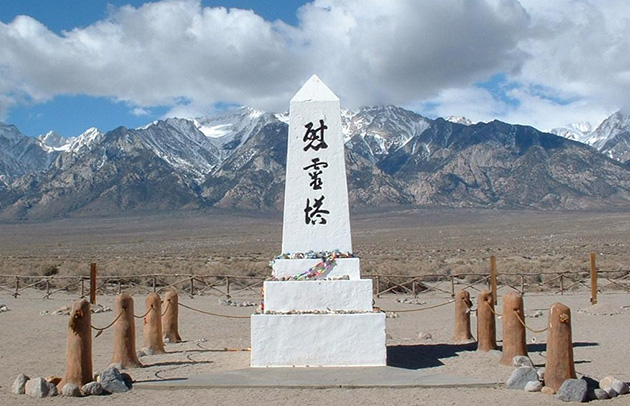