(RNS) – Those who claim to be Christians have not played the part in politics. Resentment and sarcasm dominate Twitter and Facebook and not just by evangelicals.

Pastors have since advocated pulpit for Christian civility, but social media has a way to display the ugliness lurking in our hearts. Name your problem: politics under Barack Obama, Donald Trump or Joe Biden; the ordination of women; social morality debates on poverty or racism or LBGTQIA or war or abortion or immigration; repairs; Black Lives Matter and Critical Race Theory. Whatever the subject, spend 30 minutes on social media, and you will see that those who call themselves Christians act as if they have never followed Jesus by a step.

One of the ironies of our time is that some who claim God’s grace have become the least gracious in public discourse.

It’s as if they’ve taken a Biblical example of public rebuke – say from one of Israel’s prophets or a turntable by Jesus or the most graphic passages from the book of Revelation – and decided that is the way to address their opponents at all times.

Let it be said that grace has the power to transform – therefore grace that does not transform a person into a person who gives grace aborts the power of grace.

For all their boast of being people of grace, conservative Christians are not the ones who call for grace in the public sector. No, it’s more of a progressive political commentator who leads the way.

Kirsten Powers, senior political analyst for CNN and columnist for USA Today, might seem an unlikely candidate for bringing the topic of civility and grace into the public eye. After all, if you catch your evening news on CNN, you probably catch her in a heated debate over the latest political controversy. However, in his new book, “Saving Grace,” Powers does just that.

The book focuses on the question: What does the Christian idea of ​​grace look like when it comes to political conversation and debate and political leaders?

Despite the best efforts of many thinkers, I know of no other book that plunges us into the heart of civility by framing it with grace and benevolence.

Grace has been explained theologically by John Barclay’s brilliant study of grace as a gift as it both creates a social relationship and also induces reciprocity of the one who received the gift (“Paul and the Gift” ). In his book, Powers – knowingly or not – addressed the six major themes of Barclay’s study. (They are the overabundance, singularity, priority, incongruity, efficiency, and circularity / non-circularity of the given grace.)

“Saving Grace”, however, is not a theological study but rather a personal, social and political proposition. As such, it is nothing less than a brilliant demonstration of the public face of grace. Grace taken to the public square. What Grace Looks Like When It Settles On CNN And In The Columns Of USA Today.

Grace, Powers insists, is grace only when we offer it to those whom we despise or who put themselves under our skin by the mere mention of their name. She then stands firmly in the Christian tradition when she writes: “Grace exists above all for the person whom we may feel to be particularly unworthy of her.

Powers taps into his own story with remarkable transparency and humility, sometimes calling himself out for bad behavior and harsh attitudes. She probes her own trauma to find out how she formed binary thought patterns and why she defaulted to self-protective responses around those with opposing political positions. She talks about her relationships with her family, with her partners, with other political analysts and columnists, and throws them a warm blanket of grace. 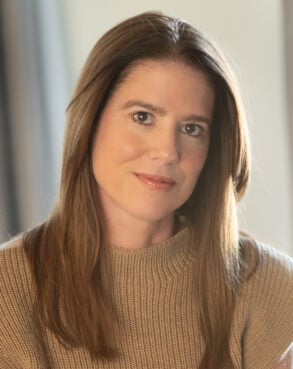 In her story we find a person who had to learn how to offer grace before they could do the hard work of offering grace to others.

His discovery was that grace works to undo the demonization of the other and seeks to understand people as persons. As she says, “If there is one practical idea that sums up grace, it is the belief that people do the best they can with what they have.

Anyone writing about politics these days becomes the immediate target of the wrath of about 50% of Americans. His proposal for a public face of grace is therefore not an intramural practice without anyone looking. No, for Kirsten Powers to deliver grace in the public sector today, it takes a new posture in the breathtaking Super Bowl of politics every day of the week, 24/7 in the endless world.

The public face of grace is never reduced to playing nice. As Powers says, “Practicing grace… can be really difficult. »Amen!

His theory of grace, much like that of Dietrich Bonhoeffer’s famous “costly grace”, requires naming sins honestly, then repenting, making amends, and being reconciled. Which means that grace has limits. The author priest or the insults of the politician are neither ignored nor feigned by positive thinking. These are morally indefensible actions that require repentance before grace becomes operative.

And as Powers says, “at some point a period of grace ends. … The grace period for racism, misogyny and all fanaticism is over.

Not that we cannot be in the position of offering grace before the realization of the evil, before repentance and before the reparation which leads to social reconciliation. No, in fact, we’ll find out what Barclay calls reciprocity or circularity. If we offer a gracious word – what Powers describes beautifully at one point as “calling,” instead of calling – we can discover the rude and opposite political side that gracefully reciprocates.

Gracious words can trigger gracious returns. Powers, no naive political analyst, hopes that gracious responses will nurture a culture of grace that can save our society. Or in her words, “Grace is an idea worth saving, and in the end, maybe it’s what saves us, in ways we haven’t yet imagined.”

Who is the first ?

(Scot McKnight is professor of the New Testament at Northern Seminary in Lisle, Illinois, and the author, with his daughter Laura Barringer, of “A church called Tov. “The opinions expressed in this commentary do not necessarily reflect those of Religion News Service.)