RESEARCH has demonstrated associations between religious beliefs and patriarchal attitudes. Higher religiosity is apparently associated with stronger patriarchal beliefs. Although no religion condones violence against women, religions have been and are a powerful source of patriarchal orientations.

If this is true, the British Museum exhibition “Feminine Power: The Divine to the Demonic” has a job to do to demonstrate how religions engage with female power – in doing so, spanning magic, mercy , wisdom, fury and passion – and still shape how we perceive femininity and gender identity today.

This exhibition brings together more than 80 unique objects: ancient sculptures, sacred objects and contemporary art from six continents. Exhibits include painted scrolls from Tibet, Roman sculptures, intricate personal amulets from Egypt, vibrant Japanese prints and Indian relief carvings, alongside contemporary sculptures. With these, the exhibition explores the embodiment of feminine power in deities, goddesses, demons, saints and other spiritual beings, associated with various realms of human experience: of wisdom, passion and nature to war, mercy and justice.

The exhibition looks at divine and demonic figures feared and revered for over 5,000 years, within a wide diversity of beliefs, to explore how different traditions view femininity and how female authority has been viewed across cultures. old. Strengthened by engagement with contemporary devotees, faith communities, and the insights of high-level collaborators – Bonnie Greer, Mary Beard, Elizabeth Day, Rabia Siddique and Deborah Frances-White – it demonstrates the important role that goddesses, demons , witches, spirits, and saints have played and continue to play in the cult.

The cult of Pele, the Hawaiian goddess of volcanoes, reveals how her destructive ability is revered alongside her ability to create. The Buddhist bodhisattva of compassion, which transcends gender and is visualized in male form in Tibet and female in China and Japan, reveals the importance of gender fluidity in certain spiritual traditions.

Lilith, known in Jewish demonology as Adam’s first wife and Satan’s wife, is both the subject of a demon protection charm and, in the Kiki Smith sculpture, a spirit. defiant who is unprepared to be subjugated. The terrifying Hindu goddess Kali, depicted in art as carrying a severed head and a bloodied sword, is honored as a Great Mother and liberator from fear and ignorance.

Christianity figures most prominently and positively in the section covering compassion and salvation. Here the focus is on visualizations of Mary, the Mother of God. These range from an icon of “She who shows the way” to a late medieval French statuette of the Virgin and Child, carved in ivory, and the head of a crosier showing the Assumption and objects – pilgrimage medallions and a straw mosaic – commemorating sightings or visions of the Virgin.

A vibrant blend of reverence and humanism is found in these artifacts, all of which view Our Lady as an unlimited source of compassion and protection for those who are vulnerable.

A similar emphasis on compassion is, of course, found in other religions as well, and here that emphasis includes images of Guanyin, the Buddhist bodhisattva of compassion. Interestingly, when Christianity was introduced to China during the 1700s, parallels were drawn between Guanyin and Mary as embodiments of compassion. Between the 1640s and 1720s, porcelain figurines of Guanyin holding a child were exported to Europe, listed in the ship’s cargoes as Sainte Marie. One features in the exhibition, along with a calligraphic image from 1980 that shows the significance of Mary within Islam.

A chapter of the Koran bears the name of Maryam. Osman Waqialla, in his article, Kaf ha ya’ayn sad, wrote the entire chapter in tiny letters, woven round its opening five letters, represented in a large bold font, each also marked in gold. Through this representation of Quranic verses, Maryam is remembered, honored and presented as a model for all to follow.

Elsewhere in the exhibit, the influence of Christianity is less benign and more problematic, particularly where sex is at the center of action and thought. The exhibit provides examples of how Christian tradition has misinterpreted the Genesis story of Eve’s temptation by the serpent in the Garden of Eden to equate Eve – and therefore all women – with a source of temptation. A particularly distorted picture in this regard is The fall of man by Lucas Cranach the Elder, who depicts the serpent as a mirror image of Eve herself. 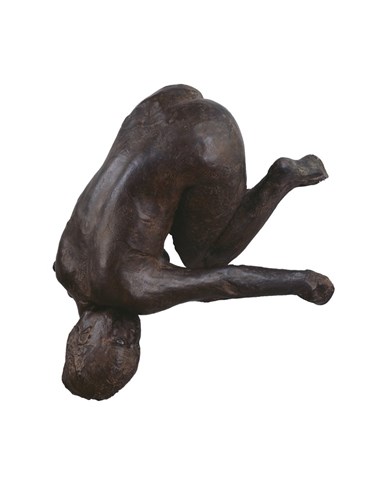 In contrast, the Irish Sheela-na-gigs, which prominently display their vulvas, seem to have been – though later seen as moral warnings against lust, before later being censured – a celebration in a religious context of female fertility. Feminist theology often reconnects with such understandings, as with Judy Chicago’s silkscreen Creationwhere creation in all its vitality and diversity springs from the vulva of a reclining woman.

At the start of the exhibition, Professor Beard warns visitors not to expect simple answers. The exhibition invites them “to explore a problem that all cultures in the history of the world have faced. How do you represent female power or desire in a material form? The exhibition confronts them with the diversity of perceptions of femininity in the world, from Antiquity to the present day. With the five commentators as their guide, and with commentary from select groups of contemporary believers, visitors are invited to explore these diverse objects and the equally diverse understandings of female power they symbolize and share.

While there are no simple answers to the problem of portraying female power, there is a wealth of images and ideas here to engage with.

“Feminine Power: The Divine to the Demonic” is at the British Museum, Great Russell Street, London WC1, until September 25. Telephone 020 7323 8000. www.britishmuseum.org