Maria still can’t believe that Russian President Vladimir Putin ordered the invasion of Ukraine. The 29-year-old Muscovite, who wishes to remain anonymous, has been living in the northern Greek metropolis of Thessaloniki for three years. The law student is married to a Greek and officially registered in Greece, as are around 15,000 other Russians.

The ties between the two predominantly Christian Orthodox countries are traditionally close. Maria learned Greek at university in Russia, although she had no concrete plans to move to Greece at the time. She’s not particularly religious, but as an Orthodox Christian she feels less foreign in Greece than in other parts of Europe. “Religion connects us, also on a cultural level,” Maria told DW. “I have traveled a lot, so I know that you have to adapt if you want to live abroad. But here, I have hardly changed anything.”

For many Greeks, the Orthodox faith is a connection to Moscow

Since the start of the war in Ukraine on February 24, 2022, the economic situation in Russia has deteriorated, says Maria. “In Moscow, shops are closing,” she said, adding that there is, among other products, a shortage of medicines in the capital. It’s a situation the rest of the country is used to, she said. “Maybe people elsewhere in Russia are even happy to see that the supply situation is becoming problematic in big cities as well.” Many of his relatives and friends have already left the country, his father crossed the Finnish border, his mother via Belarus to Lithuania. 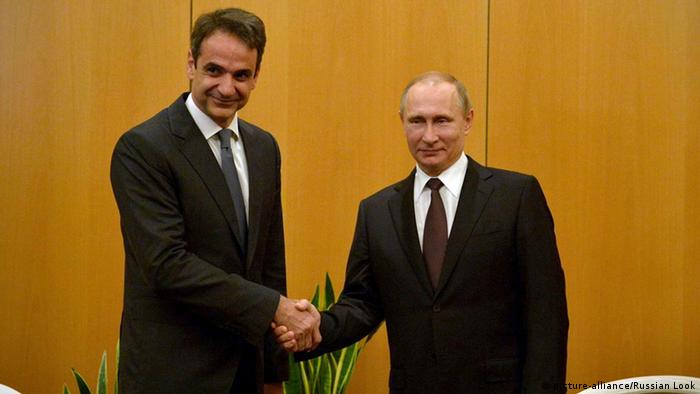 Maria has no doubt that when it comes to staying in power, Putin knows no bounds. This is another reason why his country of origin no longer holds any promises to him. The propaganda-driven media and increasingly harsh state measures against dissidents have shattered any hopes of change for the better she might have had, she says. She does not understand why many people in Greece find it difficult to condemn Moscow for the war against Ukraine. “The other day, a Greek said that everything was fine in Russia. I contradicted him and explained the real situation to him. But he didn’t believe me.”

Greek Prime Minister Kyriakos Mitsotakis adheres to the EU line of supporting Kyiv in the fight against Moscow. Greece has already supplied arms to Ukraine. But recent opinion polls show that more than one in two Greeks do not support government policy. While refugees from Ukraine are welcomed with open arms in Greece, many Greeks reject EU measures against Russia. According to a poll, more than 60% are resolutely opposed to arms deliveries – they see the guilt of war in Moscow and kyiv.

One of the reasons for this ambivalent attitude is that Greek conservatives traditionally view Russia as an ally. In 2019, five years after the annexation of Crimea, then opposition leader Mitsotakis visited Moscow. Stressing a “relation of trust” between his Nea Demokratia party and Putin’s United Russia party, he promised that Russia would always find Greece a “trustworthy dialogue partner”.

Many Greeks sympathize with Russia primarily because of their common Orthodox faith, says Athanasios Grammenos. “Russians presented themselves for centuries as the protectors of Orthodox Christians during the Ottoman Empire.” 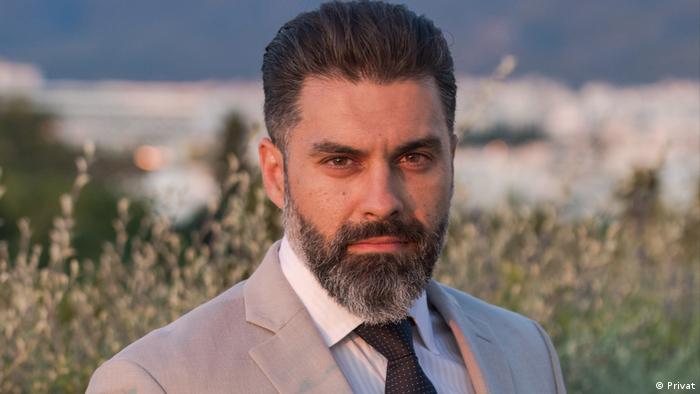 There is a myth of the great savior in the east, says Athanasios Grammenos

Moscow has never actively helped, but the myth of the great savior in the East is strongly embedded in Greek culture, the University of Thessaloniki political scientist told DW. Many people of right-wing beliefs, also members of the conservative party, still believe that for some magical reason the Russians are going to take Istanbul, the former Orthodox stronghold of Constantinople, liberate it and give it to Greece, fulfilling the dream of a new Byzantine Empire, he said.

Political scientist says Russia is also trying to gain influence through the Orthodox faith in other Balkan countries, especially in northern Macedonia and Serbia, where people are divided over the union European. This is where Russia uses the “old strategy of the Orthodox Commonwealth”.

It was not so easy in Greece, notes Grammenos. The Greek Orthodox Church recognized the Autocephalous Church of Ukraine in 2019, clearly acting against the wishes of Russian Orthodox Church leaders. “In Greece, the church is a reflection of society,” he says, adding that some priests are into strange conspiracy theories, which “impacts many believers.”

Stavros Tzimas knows where the sympathies of his compatriots go. In Greece, the journalist is considered an expert on the Balkans, Russia and the Orthodox Church. As far as Moscow is concerned, the Greek left still flirts with Soviet nostalgia, as do orthodox conservatives, he says. Such romantic notions, however, only partially explain why the Greek population is so reluctant to condemn Moscow’s war in Ukraine, if at all. 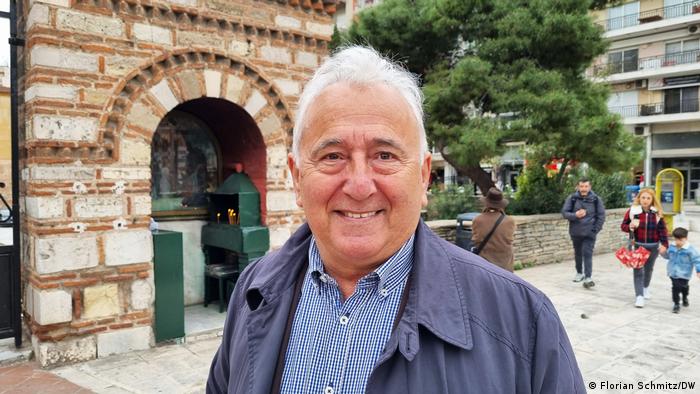 Many Greeks seem to fear that supporting sanctions against Russia could hurt Greece, Tzimas told DW. The prices of certain products, including electricity and gas, have also risen sharply in Greece, he said, adding that the measures taken against Moscow will have an impact on their economic situation.

Greece’s political ties with Russia have long been on the decline. Political disagreements – notably over the annexation of Ukraine’s Crimean peninsula in 2014 and the 2018 Prespa agreement settling a long-running dispute with North Macedonia over the country’s name – played a decisive role, says- he. In the case of the deal, he says, diplomatic relations suffered a downturn when Athens expelled Russian embassy officials who had tried to lobby against the deal.

This article has been translated from German.