If you study about Athens, you will surely cover topics concerning the Anthenian army. And in doing so, you will likely encounter the question, “Which statement best describes the army of Athens?”

The classic answer is that Athens had a strong and capable navy. But it is important to know that the Athenian army had both an army and a navy. Keep reading to learn the essential details of both! 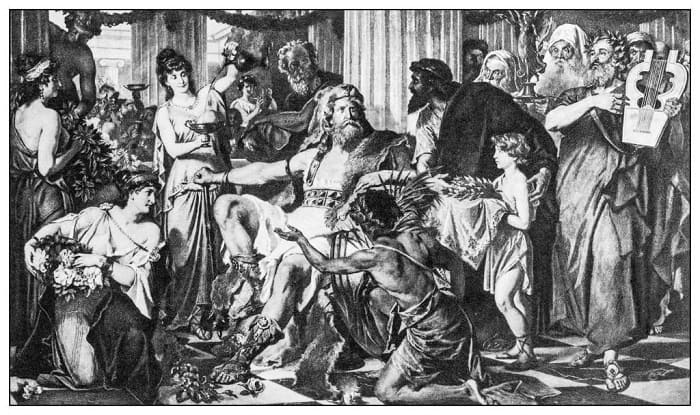 Athens was a city in the classical period of ancient Greece. It was a center for the arts, learning, and philosophy, and most notably, the home of eminent philosophers, writers, and politicians, such as Aristophanes. Socrates, Sophocles, Plato, Pericles, etc. Today, it is also cited as the cradle of democracy. Here is a map of the Athenian Empire: 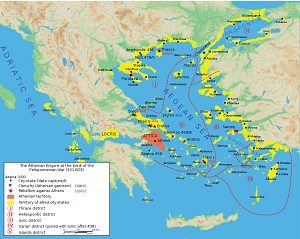 As mentioned briefly above, the Athenian military had an army and a navy. These were the basis of Athens’ military power.

The Athenian army was made up of citizen-soldiers from the city-states of ancient Greece. These citizen-soldiers primarily carried spears and shields. To overcome their disadvantage in manpower, they used the formation of phalanxes in wars.

Each hoplite had a lightly armed attendant. The attendant was either a poor citizen who could not afford armor or a trusted slave. They carried the hoplite’s baggage and shield into battle. The attendants were usually armed with javelins, slings, bows and spears.

In addition to relieving a hoplite’s load, attendants also served as skirmishers before battle. They would also be in charge of guarding the camp when the actual combat ensued. Additionally, at the close of a battle, they would cover the main body’s retreat or slaughter fleeing enemy forces.

Besides the hoplites, Athens maintained the epilektoi (meaning “chosen”), which is a small but elite professional unit. Those in the epilektoi were selected from regular citizen infantry.

The Atens developed a large and powerful navy during the Greco-Persian Wars, which defeated the Persian Navy at the Battle of Salamis.

According to some records, the Athenian Navy had up to 80,000 crews and 400 ships. The backbone of the Navy was a group of professional rowers. Rowers belonged to the lower classes of Anthenian society, but they played a major role in giving Anthenian fleets an edge over rival fleets.

The main warships of the Athenian Navy were the triremes. The 200-plus-man fleet helped Athens secure control of the Aegean Sea while protecting trade routes and grain shipments from the Black Sea, which fed the city’s population.

Thanks to the Triremes, Athens gained hegemony over the other Greek city-states and built the Athenian Empire. Although much of its fleet was destroyed during the Peloponnesian War, Athens recovered its naval power after the construction of the Athenian Second League.

Two sacred ships of the Athenian Navy were the Paralus and the Salaminia.

This ship was named after the mythological son of Poseidon. It was used as a messenger trireme in the late 5th century BC.

The Slaminia was also a messenger ship used by the Athenian Navy in the late 5th century BC. Additionally, it was used for special occasions, such as taking envoys to the oracle at Delphi and transporting high-ranking statesmen.

Athens’ main rival in Greece was Sparta. So, in this section, we will compare them to each other.

Anthenian boys from wealthy families worked to improve their body and mind. They learned to fight at a young age as Athenian education focused on preparation for the military, but the training was not as long or rigorous as Spartan training.

Unlike the boys and men of Sparta, those of Athens did not have to devote their whole lives to the army. They only had to join the army for two years between the ages of 18 and 20. In times of war, only older men had to serve in the army.

Athens emphasized government, education, religion and culture. The boys learned to write, read, count, sing and play musical instruments. They studied Greek literature and history, and those from wealthy families hired private tutors for their sons. The boys learned a wide range of topics and how to be good public speakers. As such, the boys were all equipped to participate in the Anthenian assembly.

Sparta was dominated by the army. The Spartans believed that military power was the solution to the security and protection of their city. Thus, life in Sparta reflected this belief.

From an early age, boys were trained to become soldiers. Here is an example of the life of a Spartan soldier: 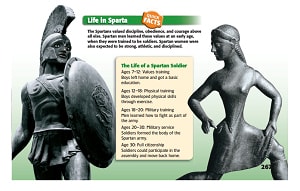 Spartan men would remain in the military until age 60.

But Sparta was worried about the power of Athens. Eventually, Sparta declared war. Today we call this war the Peloponnesian War.

There are many more Spartan and Athens related topics with specific questions such as “Where did Spartan soldiers help rescue retreating Greek army members?” and “Which statement best describes the Battle of Thermopylae?” but that’s for another day. I hope this article has helped you understand: “Which statement best describes the army of Athens? If you have any other ideas or questions, leave us a comment below!

I’m Everett Bledsoe, serving as Content Producer for The Soldiers Project. My goal in this project is to give honest opinions on the equipment used and tested over time. Of course, you can’t go wrong with our information package and guide, as it comes from trusted sources and years of experience.